The lecture series on cultural memory in the contemporary Chinese-speaking world enters its second cycle. In four lectures from April to July 2022, guest speakers from the USA, Taiwan and Austria will investigate contemporary sinophone art forms that creatively refer to classical Chinese traditions. The lectures will take place in an online or hybrid format.

We cordially invite you to the first online lecture in the summer term 2022.

This talk investigates a classical tale of ancient China, The Three Kingdoms, tracing its transformation through time, across nations, and over different media platforms. Set in the third century, the story began as history, but was soon adapted into poetry, opera, novels, paintings, and, in the modern age, film, tv-series, animation, and video games. This talk will outline the narrative that leads from history to fiction to 16th-century novel and 21st-century game, focusing in particular on the way we can use the latest, digital reincarnations of this story to shed light on some of the more puzzling features of the premodern text.

Paize Keulemans is associate professor of Chinese literature at the Department of East Asian Studies at Princeton University. His interests are broadly defined at the interaction between literature and other media forms in the early modern period. His first book, Sound Rising from the Paper: 19th-Century Martial Arts Fiction and the Chinese Acoustic Imagination (Harvard University Asia Center Press, 2015), explored this issue from the angle of sound, investigating the way a plethora of sound effects (onomatopoeia, dialect accents, vendor calls, etc.) turn the silent pages of printed novels into a  lively acoustic spectacle. His second research project, Idle Chatter: The Productive Uses of Gossip and Rumor in 17th-century Literature, explores the interaction between literature and other media through the lens of printed hearsay, rumor, and gossip in late-Ming and early-Qing novels and operas. His current project, Old Novels, New Games: Chinese Cultures of Play in the Late Ming and the Early Twenty-first Century, investigates the way the great vernacular novels of the Ming dynasty have been remediated as video game.

More information on the lecture series at Forschungskolleg Humanwissenschaften. 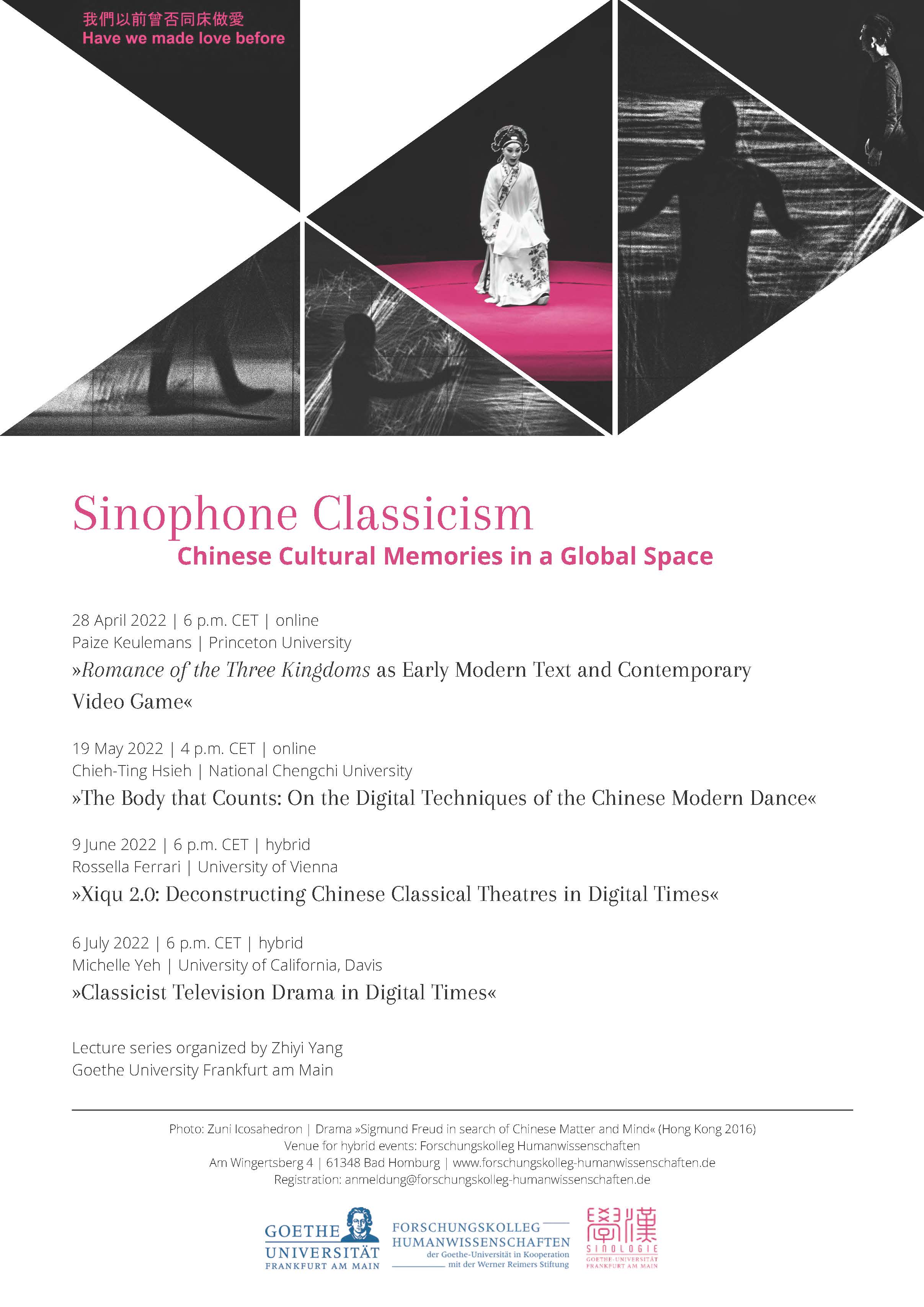