2. Groups with homological duality generalizing Poincaré Duality (with B. Eckmann). Inventones math. 20, 103-124 (1973).
Introduces duality groups and proves their extension theorems (inependently of the Borel-Serre result that many torsion-free arithmetic groups do have this property).

3. Normal subgroups in duality groups and in groups of cohomological dimension 2. Journal of Pure and Applied Algebra 7, 35-51 (1976).
Exploits the effect that vanishing assumptions on Hk(G;ℤG) in conjunction with finiteness properties of the group G impose on normal subgroups of G. Contains the proof that each natural number n is the finiteness length of some group G - i.e., G is of type FPn but not of type FPn+1 .

4. Valuations and finitely presented metabelian groups (with R. Strebel). Proc. Londom Math. Soc.(3) 41, 439-464 (1980).
Introduces for metabelian groups G the geometric invariant Σ(G) - a subset of the sphere S(Q) of all rays of Hom(Q,ℝ) based at 0, where Q is the Abelianization of G.  Here is the precise definition: We write [χ] for the ray in S(Q) represented by a non-zero homomorphism χ: Q→ℝ, and consider the submonoid Qχ of Q consisting of all elements q with χ(q)≥0.

Σ(G) = {[χ]¦ the commutator subgroup G' of G is finitely generated as module over the monid Qχ .

Motivation and main result is that G is finitely presented if and only if the complement of Σ(G) in S(Q) contains no pair of antipodal points.

5. A connection between the integral homology and the centre of a rational linear group. Math. Zeitschrift 170 (1980), 263-266.
Shows that if a finitely generated group G has a faithful representation over the rational numbers then for some n>0 the homology group Hn(G;ℤ) contains stuctural information on the center of G. As a consequence it follows that if G is of type FPinf then G is virtually of tupe FP.

6. Metabelian groups of type FPm are virtually of type FP (with J.R.J. Groves). Proc. Londom Math. Soc.(3) 45, 365-384 (1982).
For metabelian groups G the geometric invariant Σ(G) is used to prove the result stated in the title. In addition we find substantial evidence for the conjecture that G is of type FPm if and only if each set of m-points in the complement of ℕυ{0,∞} is contained in an open hemisphere.

7. The geometry of the set of characters induced by valuations (with J.R.J. Groves). J. reine angew. Math. 347 (1984), 168-195.
Prehistoric tropical geometry: Given an algebra A = D[Q] over a Dedekind domain D and generated, as a D-module, by a specified finitely generated multiplicative subgroup Q<A* we investigate the subset ΔD(Q)⊆Hom(Q,ℝ) consisting of all additive real characters of Q induced by restricting a normalized valuation v: A→ℝυ{∞} , i.e., with v(D) = {0,∞} or = ℕυ{0,∞}. Motivated was this by the the following: If G is a finitely generated metabelian group, Q its the Abelianization, and A⊆End(G') the ring of endomorphism induced by ℤQ on the commutator subgroup then the complement of Σ(G) in the sets of all directions Hom(Q,ℝ) coincides with the set of directions represented by vectors (0,φ) with φ in Δℤ(Q). We prove geometric properties of ΔD(Q) – polyhedrality, primary decomposition, the links at points and at infinity, a concavity property – and each of them provides information on Σ(G).

Basic objects of tropical geometry first appeared in George Bergman's paper “The logarithmic limit set of an algebraic variety” (Trans Amer. Math. Soc. 157 (1971)). In modern tropical terminology:  He considered the amoeba Amoe(V) and the tropical variety Trop(V) of a complex algebraic toric variety V, defines its logarithmic limit set to be the set V(a) of all tentacle directions of Amoe(V). He proves that the two sets are closely related and coincide when Trop(V) is polyhedral (which he conjectures is always the case!). The relationship with our paper is this: If A is the ring of rational functions on V over a field D then ΔD(Q)⊆Hom(Q,ℝ) is conical and coincides with Trop(V), and our result establishes Bergman's conjecture.  Tropical geometry, as a field of independent interest and powerful applications, emerged some 15 later and developed rapidly (see Maclagam and Sturmfels: "Introduction to Tropical Geometry". AMS Graduate Studies in Mathematics 161 (2015)). In modern tropical terminology our ΔD(Q) is, by definition, the Non-Archimedean ameba of the ideal I =ker(D[Q]→A) if D is a valuation ring, and Δℤ(Q) is the (non-Archimedean part of the) adelic tropical variety Trop(V), (see Einsiedler, Kapranov, Lind: "Non-archimedean amoebas and tropical varieties". J. reine angew. Math. 601 (2006)).

8. A geometric invariant of discrete groups (with W. D. Neumann and R.Strebel). Invent. math. 90 (1987), 451-477.
This is a far reaching generalization of 4. Usually one cannot expect that a tool invented to solve a problem on metabelian groups G would have a useful generalization to arbitrary groups G. But Walter Neumann's openness result in "Normal subgroups with infinite cyclic quotient" (Math. Sc. 4(1979) - an Australian journal) which, in the metabelian case had droped out as an application on the side, suggested that at least these openness results should have a useful comon generalization: One would have to consider the sphere S(G) of all rays of Hom(G,ℝ) based at 0, and look for a finiteness condition on the commutator subgroup G' (viewed as a a group with operators in the submonoid Gχ of G) to define Σ(G) in such a way that Σ(G) remains open and still allows some of the arguments used in 4. The straight forward generalization by the condition "G' is a finitely generated Gχ-group" does lead to an invariant that is an open subset of S(G) but fails to allow the more subtle arguments of 4. The modified definition

eventually provided the breakthrough: An open subset of S(G), defined for all finitely generated groups, that contains the information exactly which normal subgroups N of G with Abelian factor group are finitely generated. Σ(G) is not easy to compute but has turned out to be a rather usefull tool - in particular since, by 7. its image in the metabelian top Σ(G/G') relates highly non-commutative group theory with (tropical) allgebraic geometry.

9. Valuations on free resolutions and higher geometric invariants of groups (with B. Renz). Comment. Math. Helv. 63 (1988), 464-497.
Starting point here was the observation that the geometric invariant Σ(G) of 8. has an insightful interpretation in terms of the Cayley graph Γ(G,X) of G with respect to a finite generating set X: If Γχ < Γ(G,X) stands for the full subgraph spanned by the elements of the submonoid Gχ = {g ¦ χ(g)≥0 } then we have Σ(G) = { [χ] ¦ Γχ is connected }. This yields generalizations in three directions. If the group G is finitely presented and of type FPm we can replace Γ by a cocompactl m-dimensional and m-1-connected free G-cell complex Γm whose 1-skeleton is the Cayley graph Γ(G,X) and consider the subcomplex  Γχm < Γm, or we can consider the corresponding algebraic construction Fχm < F in a free resolution F of the G-module A of type FPm. Then we find

All the major general results on Σ1(G) = Σ(G) generalize to Σm(G;A) with "finitely generated" replaced by "of type FPm". The paper deals only with the homological algebraic case, while the homotopical results are established in Burkhard Renz' PhD-thesis (Goethe Universität Frankfurt 1988).

10. Connectivity properties of group actions on non-positively curved spaces (with R. Geoghegan). Memoirs of the AMS 765 (2003), 83 pages.
An isightful way to view the Σ-invariants of 4, 8, and 9 is to consider the action of the (finitely generated) group G on its Abelianization G/G' by left multiplication and take the tensor product with the real numbers R to get a finite dimensional real vector space V on which G acts by affine-linear transformations. In this monograph we start with an action of G on a proper CAT(0)-metric space M on which G acts by isometries and extend the main results on the homotopical invariants Σm(G) to that situation. While many of the concepts carry over the proofs require new technical tools: sheaves of maps and G-finitary maps between G-complexes.
11. Limit sets for modules over groups on CAT(0) spaces – from the Euclidean to the hyperbolic (with Ross Geoghegan). Proc London Math. Soc. (2016) 112 (6), 1059-1102. arXiv: 1306.3403 [math.GR].

12. Higher horospherical limit sets for G-modules over CAT(0) spaces (with Ross Geoguegan) arXiv:1712.05480v2 [math.GR]. 11 and 12 handle the homological version of 10 with an arbitrary coefficient module A. This is technically simpler and therefore easier to grasp. 11. is the case  Σ0(G;A) which is interesting in its own right and for studying where the application to Tropical Geometry fails when the group G is non-Abelian. 12. contains ecplicit formulae for Σn(G;A) in terms of Novikov homology and for direct products.

13. Groups of piecewise isometric permutations of lattice points (with Heike Sach). arXiv: 1606.07728 [math.GR], (Submitted on 24 Jun 2016). This is about groups of permutations of the (centers of the) tiles of a regular tessellations of Euclidean or hyperbolic n-space X: A permutation of the tile centres of X is piecewise isometric, if there is a decomposition of X alomg tile-boundaries into a finite number of polyhedral pieces such that p is induced by a isometric rearrangements of these finitely many pieces. These permutation groups are higher generalzaions of Houghton's groups which rearrange the tiles of a finite n umber of rays. The group of all piecewisw isometric rearrangements of the tessellation of the hyperbolic plane Σ2 by ideal trianges induces, on the boundary of Σ2 Thompson's group V. The main part of the paper is on finiteness properties of piecewise Euclidean rearrangements. 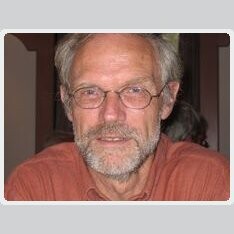