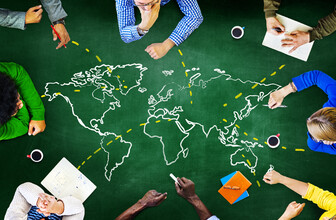 The issue of religious education has played a significant role in the history of Education. Central topics of an ongoing debate are e.g. the appropriateness of certain models of RE at schools, the division between the state and religious communities in educational matters, or the relation between Islam and the West.

Religious education as an academic discipline (“Religionspädagogik”) is related to these subjects in historical, empirical, comparative und systematic perspectives. Nonetheless, the Historiography of Education has until now shown little interest in the results of RE historians, thus blocking out an important part of education. Therefore, this conference will bring together international historians of education as well as of religion and religious education.

In conclusion, transnational perspectives in religious matters will hopefully receive a positive echo both in historical and comparative research. The categories of “media”, “organizational models” and “non-national actors and global religious networks” central to the transnational approach are also useful for the analysis of transnational and global processes in the field of Islam and Islamic education today. Therefore, the conference also offers a platform for historical and comparative views on the history of Islamic education.