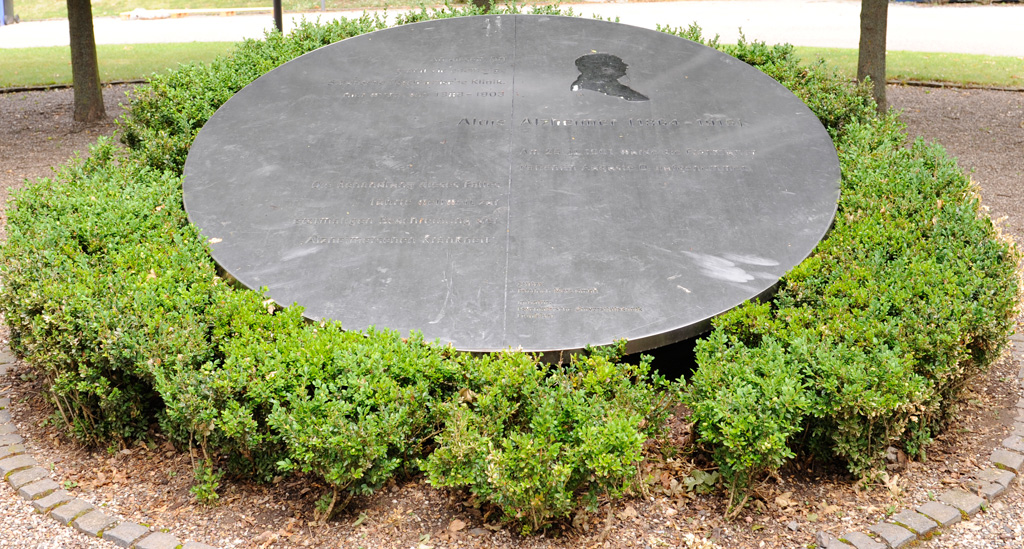 When in 1901 Auguste Deter, only 51 years old at the time, was committed to the Frankfurt Institute for Epileptics and the Insane, known locally as “Bedlam Castle”, she appeared distraught and unresponsive. Even after thoroughly examining the patient, Assistant Physician Dr. Alois Alzheimer (1864 – 1915)—a colleague of Dr. Heinrich Hoffmann, who had achieved a degree of fame as author of the Struwwelpeter (Slovenly Peter) children’s stories, and who as a psychiatrist directed the institute—could not put a name to the progressive mental deterioration under which Deter was suffering. Above all he was irked by the fact that the disease was not attributable to a childhood trauma or similar experience, in line with the psychoanalytic theories of the day.

Although he later accepted an appointment in Munich, Alzheimer continued to follow the case in Frankfurt. After Deter’s death in 1906, he carried out an autopsy, discovering parallels with other cases: Deter’s brain had shrunk significantly, a phenomenon frequently observed in other patients. Alzheimer identified the cause as a kind of waste material that formed “deposits of unusual metabolic products in the form of plaques over the entire cerebral cortex,” reducing nerve cells to “neurofibrillary tangles” and shrinking the brain to a third of its original size.[1] 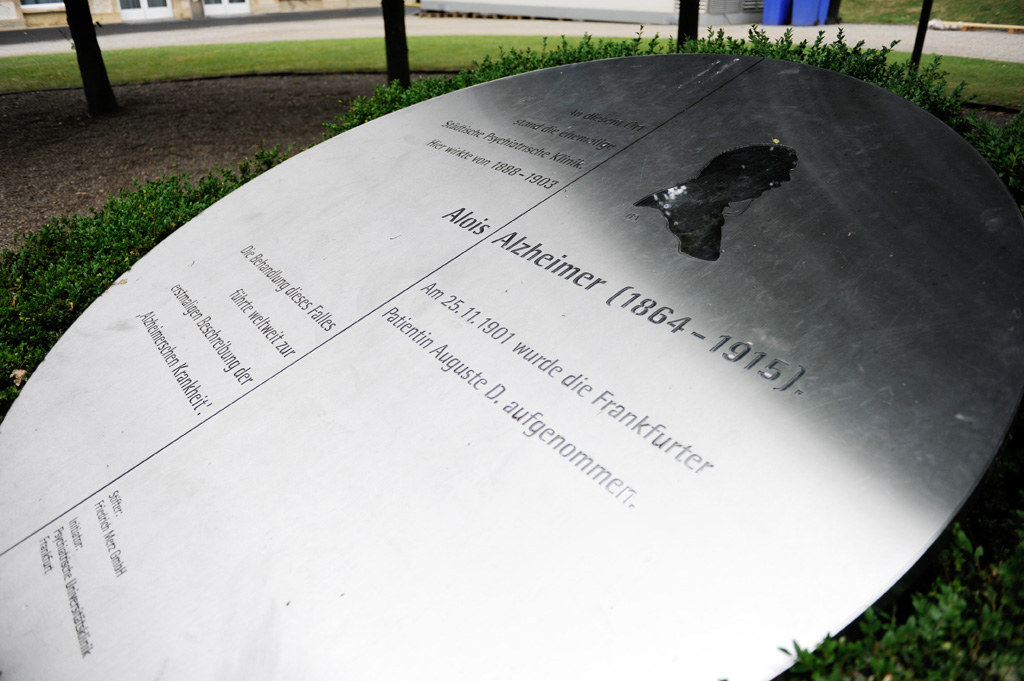 Although Alzheimer was himself unable to alleviate the condition that was later named after him, he laid the foundations for research into combatting a disease that remains incurable to this day, affecting an estimated 30 to 40 million people worldwide. His pioneering work led amongst other things to the creation in 1996 of the first centre in Germany for interdisciplinary research into Morbus Alzheimer—in Frankfurt am Main.

Together with his wife Ulrike, the director of the Frankfurt Clinic for Psychiatry, Psychosomatics and Psychotherapy, Prof. Dr. Konrad Maurer, who received emeritus status in 2009, devoted a number of publications to Alois Alzheimer after the couple discovered—quite by chance—Auguste Deter’s medical records in the archives of the Frankfurt University Clinic. They are also the instigators of the monument to this pioneer of brain research, erected on the Westend Campus in 2005. The monument is also an admonition to “remember those who cannot remember.”