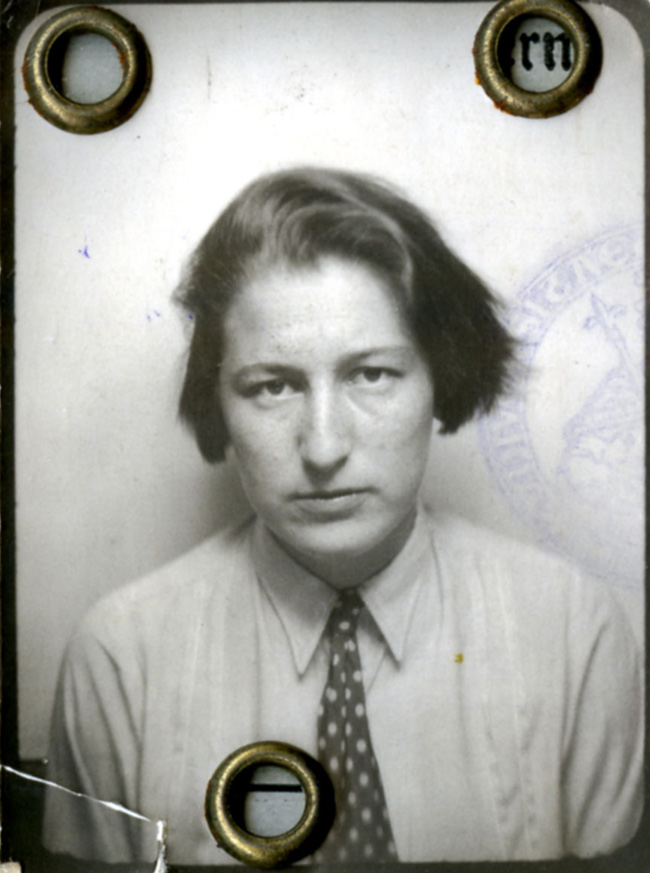 Gisèle Freund was born Sophia Gisela Freund in 1908 in Schöneberg (Berlin) into a well-to-do Jewish family. Her parents, in particular her father the art collector Julius Freund, encouraged her artistic interest in photography from very early on and gave her a Leica camera on her passing her school leaving examination. Using this camera, she worked as a photo reporter to finance her sociological studies—initially in Freiburg and then, starting in 1930, in Frankfurt under Karl Mannheim and his assistant Norbert Elias. In Frankfurt she also attended courses at the Institute for Social Research, where her acquaintances included Max Horkheimer, Theodor W. Adorno and Nina Rubinstein. Walter Benjamin, of whom she later completed a number of impressive portraits, remained her friend for many years.

Encouraged by Norbert Elias, Freund started to plan a doctoral dissertation in sociology on the origins of photography in France, focusing in particular on the pioneering Parisian photographer Nadar (alias Gaspard-Félix Tournachon). As a result, she undertook a number of trips to Paris from the early 1930s onwards to conduct research there. When in 1933 the National-Socialists came to power in Germany, numerous Jewish university professors were banned from teaching and forced to emigrate. The committed socialist and antifascist Freund chose to remain in exile in Paris. There in 1936 at the Sorbonne, she completed the doctorate that, like Nina Rubinstein, she had begun under Karl Mannheim at the University of Frankfurt. At the same time, she continued to work as a photo journalist. Her reportages appeared in the Weekly Illustrated and the recently founded Life magazine. When the Germans invaded France, Gisèle Freund had to flee abroad once again, finally settling in South America, where her photo reportages took her to Chile, Argentina, and Mexico. Back in France in 1953, amongst her other projects she continued working on her “Gallery of Poets and Philosophers”, photographing intellectuals of the post-war period such as Simone de Beauvoir, Jean-Paul Sartre, and Eugene Ionesco.

Her photographic works were exhibited for the first time in 1968 in Paris, stimulating debate on the distinction between photography and photographic art. Her portraits in particular are considered to this day important documents of the age, including as they do many now iconic images of famous writers and intellectuals. Gisèle Freund’s dissertation, which appeared for the first time in German in 1968 under the title Photographie und bürgerliche Gesellschaft. Eine kunstsoziologische Studie [Photography and Bourgeois Society: an Investigation into the Sociology of Art] is also considered a seminal work on the origins of photography and was the very first study of photography from the perspective of the humanities. Gisèle Freund died in Paris in 2000 and was buried in the city’s Montparnasse Cemetery.