For “Eric the Rhymer”, who in 1845 achieved nationwide fame as the creator of Struwwelpeter (Slovenly Peter) was in reality Dr. Heinrich Hoffmann (1809-1894)—a man of deeds if ever there were one. [1] Just as he responded to the lack of good picture books for his children by writing one himself,[2] when he became director of Frankfurt’s “madhouse” in 1851, he refused to further countenance what even back then were widely regarded as the inhumane conditions prevailing there. The institute more closely resembled a prison or place of custody than a hospital, and so the good doctor, an active member of the city’s social and cultural life, organised a highly successful fund-raising campaign amongst Frankfurt’s citizenry to provide his patients with up-to-date care. And for the first time, the new institute offered treatment to Frankfurt’s Jewish citizens—who contributed financially to the new building. 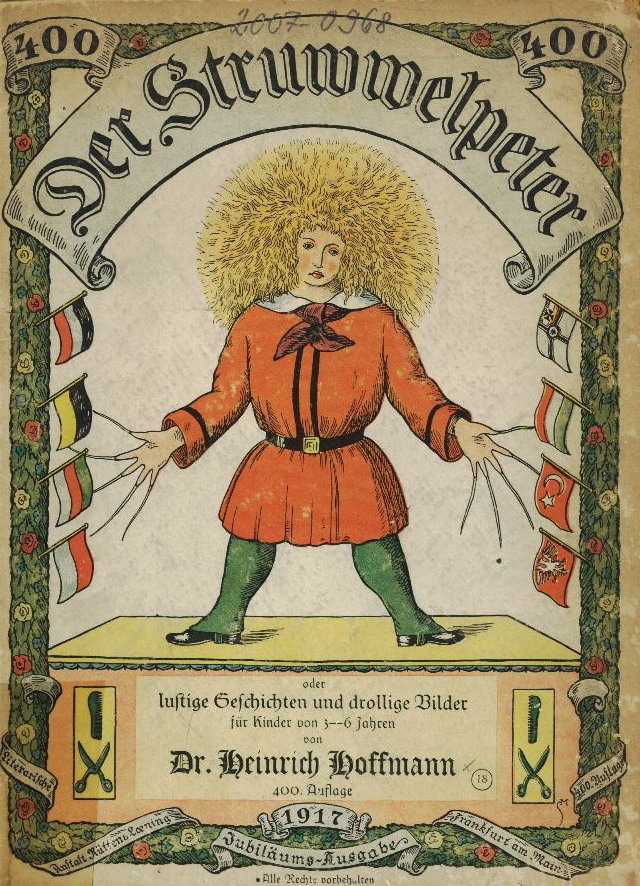 Hoffmann’s holistic approach differed radically from that of the psychiatric theories of his day, and his conviction that mental illness can be traced to physical causes also determined the design of the generously laid-out complex. For the “Institute for Epileptics and the Insane” featured flower gardens, fruit and vegetable plots, baths and water closets, and indoor and outdoor areas divided according to gender and type of illness. The sufferings of the mentally ill were to be alleviated by fresh air, healthy food, and hygienic living conditions. Following the principle of dividing patients according to their ailments, for instance, a “courtyard for the raving mad” and a “garden for anxiety sufferers” were created. Hoffmann received inspiration from a number of information-gathering tours to other institutions in western Europe and England, conducted in 1856 with the architect Oskar Pichler, whose wife suffered from a nervous complaint.

The city authorities asserted their right to have a voice in the institute’s exterior design, and so the façade was modelled in the neo-Gothic style. When building work began in 1859, the complex’s manorial appearance soon gave rise to the nickname “Bedlam Castle”. Continuing Hoffmann’s principle of differentiating between different types of patients, in 1909 his successor created the first psychiatric wards in Germany for children and young people.

In 1914, “Bedlam Castle” was incorporated into the recently founded endowment university as the “Municipal University Clinic for Emotional and Nervous Diseases”. A few years later, the complex was closed down since it no longer met modern standards for the treatment and accommodation of patients. In 1929, it was demolished and a new complex built next to the University Clinic in Niederrad. The land on which the institute had stood was bought by the “Community of Interests of Dye-making Corporations plc”—alias IG Farben—that used the land to build its new headquarters, the renowned “Palace of Money”.