The Ice Cellar on “Monkey’s Rock” 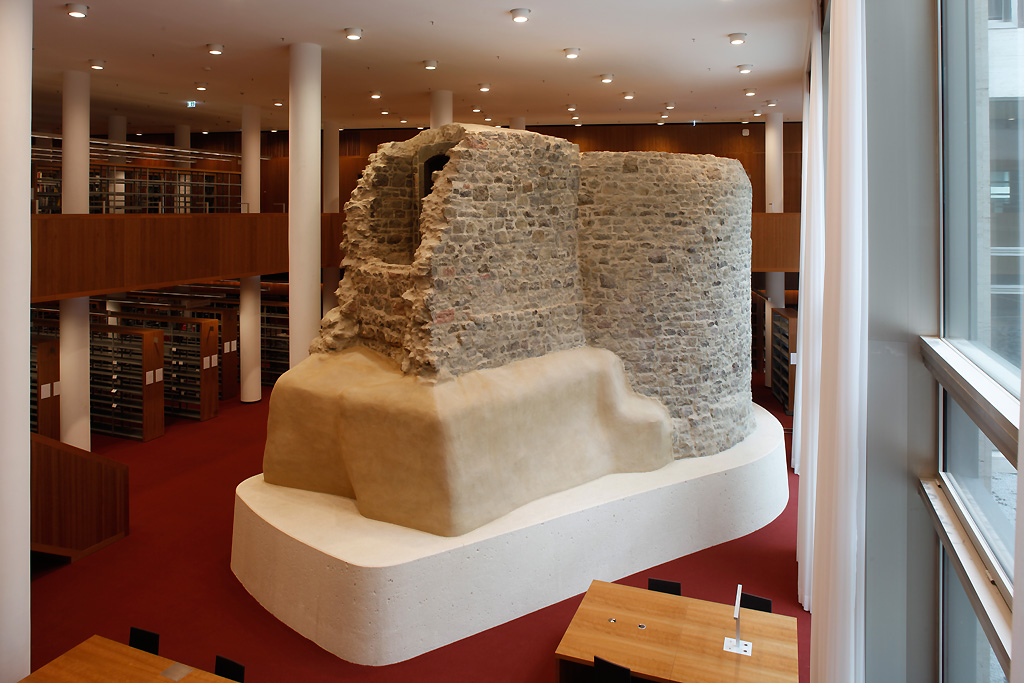 The ruins are all that remain of the original use to which the site was put. Yet the precise significance of these foundation walls, which were discovered during construction work in 2007, is still a matter of dispute. The Hessian State Office for the Preservation of Historical Monuments conjectures that the building is the so-called “Affenstein” (Monkey’s Rock), originally a fortified tower manned by the local Frankfurt militia. It is thus a relic of an age when the area, also known as the “Affensteiner Feld“ (Monkey’s Rock field), lay on or beyond the city limits.

A more recent interpretation has been offered by Goethe University archaeologists Professor Hans-Markus von Kaenel and his assistant Dr. Thomas Maurer of the Institute for Archaeological Sciences. They recognise in the building’s floor plan the remains of a typical ice cellar dating from the 19th century. The ice cellar, which appears to be based on an English model, was used over the summer months to preserve ice collected during the winter. According to the archaeologists, this hypothesis is supported by the use to which the site was put in the 19th century. For here stood Dr. Heinrich Hoffmann’s psychiatric “Institute for Epileptics and the Insane”, nicknamed “Bedlam Castle”. While planning the institute he directed, Hoffmann undertook a number of journeys to Great Britain, and ice was commonly employed in medical treatment back then.

Even though their original function is still disputed, the ruins impart to the building a historical aura, creating a link between the area’s colourful past and its present function as Westend Campus.