"...even though it is hard to so something, it is so much fun conquering it"

I wanted to study in Germany because it has had a long reputation for excellence in fundamental sciences. The biggest revolutions in 20th century physics came from Germany and I wanted to learn in that atmosphere so that I could become a better researcher. I chose Frankfurt because it is a big city and having lived in big cities my whole life, I felt it would not be difficult to adapt to. Also, the university offered the Master’s course in English, which was helpful and the way the program was scheduled placed more emphasis on learning than chasing high grades. This was particularly attractive for me.

The best memories I have of Frankfurt in my first semester are of the library at the Riedberg campus. I had come determined to do well and learn, and the library was cozy and had good opening hours, with all the books I needed. I particularly remember feeling that people are very polite and helpful in the country. I made some good friends and I did not feel homesick at all. While I did not explore Frankfurt at all during this period (I didn’t even know about the beautiful riverside), it was one of the most productive period of my life.

When I started my Master degree, I soon found out that the level of topics taught here was much higher than my bachelor degree had prepared me for. But I didn’t think for one minute about quitting. I devoted time to learning the background for the courses I was taking in the university, then learned what the professor had taught in the lectures during the time I was learning the background - and then within a few months, I could understand everything that was taught and was able to ask intelligent questions. I even managed to do well in my exams, which showed me that even though it is hard to do something, it is so much fun conquering it.

During my third semester, I started working on my Master Thesis. I was salivating at the thought of doing original research and I felt like I was well prepared to dive deep. After some initial success, I found out that whatever I had done until now was in the wrong direction and I had to start all over again from a better idea. This was a big setback as one develops a certain attachment with his own work and defends it vehemently, even though all rationality points to the fact that it’s wrong. I felt that I was not good enough to become a physicist and I was wondering if I had been delusional about my preparedness. Things went better from there on and I did manage to find the right path, but that was a real low point in my professional life.

Initially, I missed the comfort of my country where you could hire someone to cook your meals, clean your house and wash your clothes. I came here with no cooking skills and had to learn fast to survive. This time was consuming and exhausting sometimes but it was a valuable life lesson that you need to personally do all your chores.

If I had to do it all over again, I would put more effort in learning Deutsch as it would help me make local friends. I would have loved to volunteer and participate in more university events and I would’ve spent more time exploring different areas in Frankfurt.

I once volunteered to show the university to incoming students from high school. We discussed about career plans, the university’s main areas, university life, managing work and studies and taking them to a lecture they were interested in. It was a wonderful experience to talk to young students and share my experience with them. Even though I did not speak much Deutsch, I was surprised to see they spoke English very well. 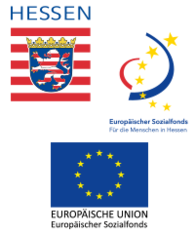