TruMotion stands for Trust Through Mobility. This aspect is at the heart of the alliance that the five universities sealed contractually on February 5, 2020 in Frankfurt. Together, the alliance is planning manifold projects, programs and courses.

At the level of the faculties there have already been cooperations and exchanges, now the management of the five universities have joined forces to cooperate even more intensively in the future. On February 5, 2020, the University of Lodz, the Université Lumière Lyon II, the Università Cattolica del Sacro Cuore in Milan, the University of Macedonia in Thessaloniki and the Goethe University signed the final agreements for their collaboration. The five applied for the title "European University" and thus for funding from the European Union. But regardless of this, numerous ideas came up in the run-up to yesterday's contract signing.

“We want to become a brand," says Prof. Rolf van Dick, Vice President of the Goethe University responsible for international affairs, on the sidelines of the meeting. There is already a logo: designed at the university in Lodz, Poland, it already adorns the common documents. The universities now allied have many things in common, many of which have to do with the location: “All of these cities are so-called second cities. That is, they are neither capitals nor the largest cities in each country. But they are multi-faceted metropolises with a strong economy, strong social cohesion and a long civic and liberal traditions, "says van Dick. And with similar social issues like high rental prices and immigration. But also the universities themselves have a lot in common: they are all research universities with medicine, but without engineering - with the exception of Thessaloniki.

Cohesion and Transformation - these issues are obvious when it comes to a common long-term educational strategy, a common (virtual) “European campus". As a "European University", the cooperation could be substantiated and intensified. If successful, the consortium will receive up to five million euros available for an initial three years. 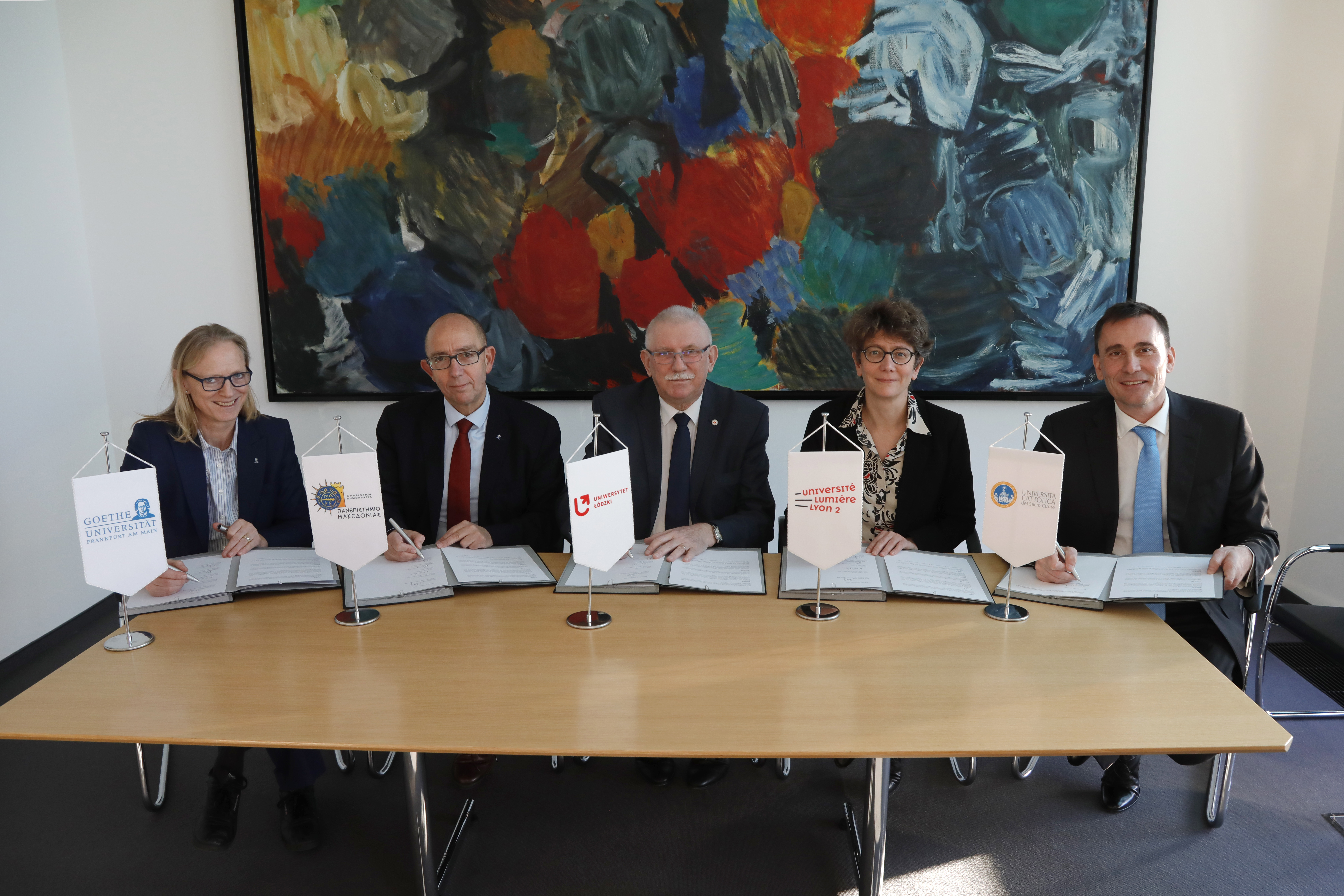 How to get involved

The TruMotion Alliance offers a broad range of opportunities for students, academics and staff to get involved. Members of partner universities are advised to contact their local European University co-ordinator. For all other enquiries please contact trumotionalliance@uni-frankfurt.de.