"Kant and the Systematicity of the Sciences", International Conference, 8-11 July 2019 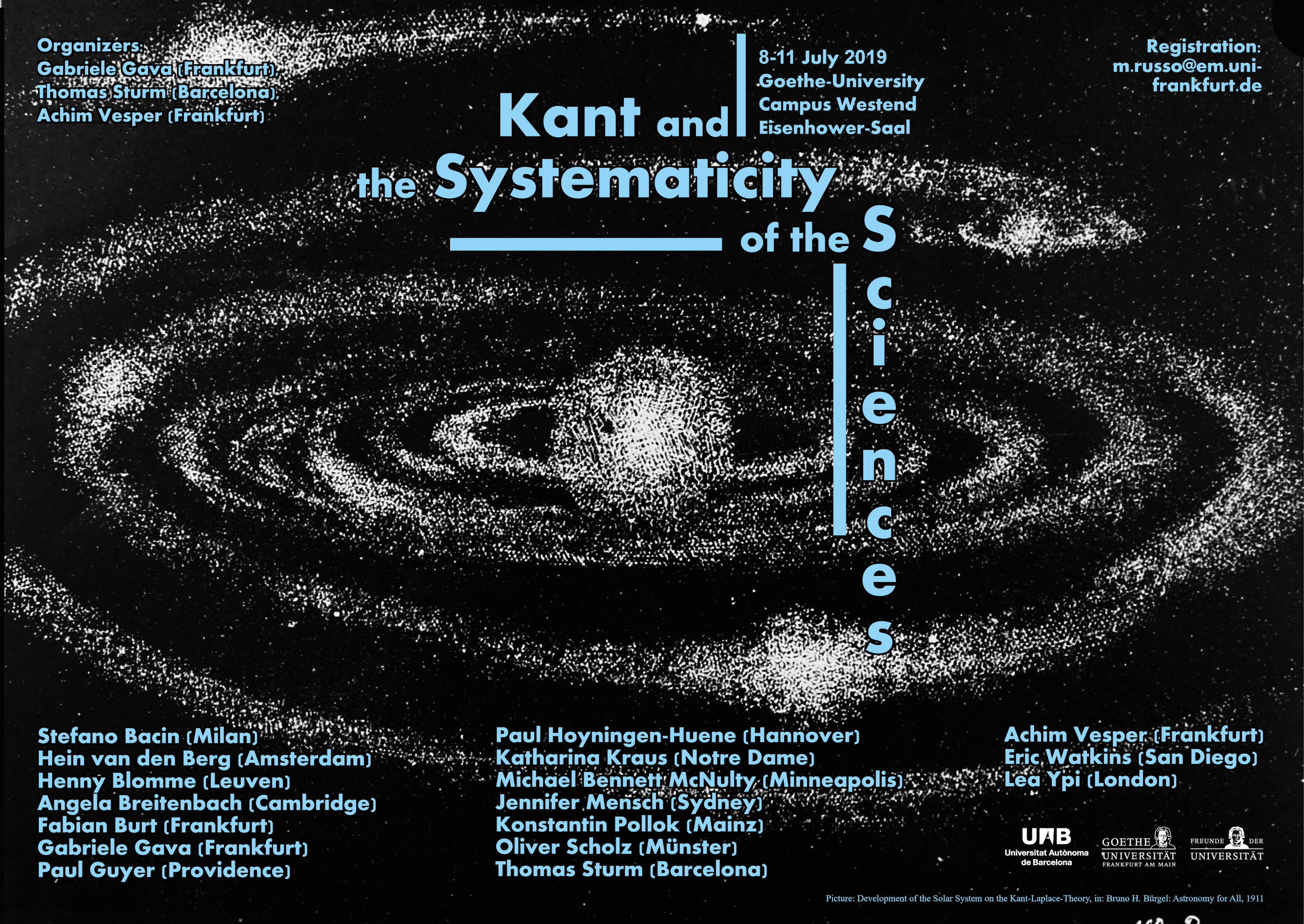 What defines science? In what way is scientific knowledge different from other kinds of knowledge? These questions, which are often seen as central to philosophy of science, do not have obvious answers. Is it the way in which claims are justified in science that characterizes scientific knowledge? Or is it the way in which its theories are ordered and relate to one another? Or again, is it the method through which knowledge is achieved that defines what science is? Kant had a straightforward answer to these questions: what is fundamental in science and what distinguishes science from other forms of knowledge is its systematic nature. Is this claim a historical extravagance, an unnecessary demand for a “procrustean bed” (Schopenhauer) or a baroque architecture into which scientific knowledge has to be moulded? Or are these Kantian assumptions defensible and valuable even today?

The conference will be devoted to four main topics of discussion. First, the historical context: How did Kant depart from earlier views about systematicity, as well as from competing notions of what distinguishes scientific knowledge? What historical contexts and problems could have made it plausible to come up with novel ideas about the nature of science? Second, the general notion of systematicity: How should we understand the constituent elements of his concept of systematicity, such as “idea” and “schema”, “unity” and “completeness”? What is the status of claims of systematicity? And what is the function of systematicity in general? Third, application of the general notion: How did Kant employ the notion in his thinking about particular disciplines, such as cosmology, physics, chemistry, mathematics, anthropology, or history? How flexibly does he adapt the notion and the requirements of systematicity in his accounts of the structure and limits of the special sciences? Fourth, current relevance: How do Kant’s views compare to current views about the nature of the sciences?

The event will take place at Eisenhower-Saal, located in the IG Farben Building on Campus Westend (map, for public transport see here).

The conference is organized by Gabriele Gava, Thomas Sturm and Achim Vesper.