The aim of this collaborative project, which is hosted jointly at Goethe University Frankfurt in Germany and at TU Graz in Austria, is to advance the rigorous mathematical understanding of random graphs with the assistance of novel mathematical tools originating, for example, from enumerative combinatorics or the recent theory of graph limits. Specific problems that we intend to study include the graph colouring problem on random graphs, strongly connected sub-structures of random graphs called cores and the contagion of cascading events. For example, graph colouring has been a core topic of mathematics since the famous four colour problem posed by Gutherie in 1852. Cores have applications, for example, in coding theory, and contagion is a key topic in the study of complex social or artificial networks.

All mail adresses end with @math.uni-frankfurt.de, all phone numbers start with +49 69 798. 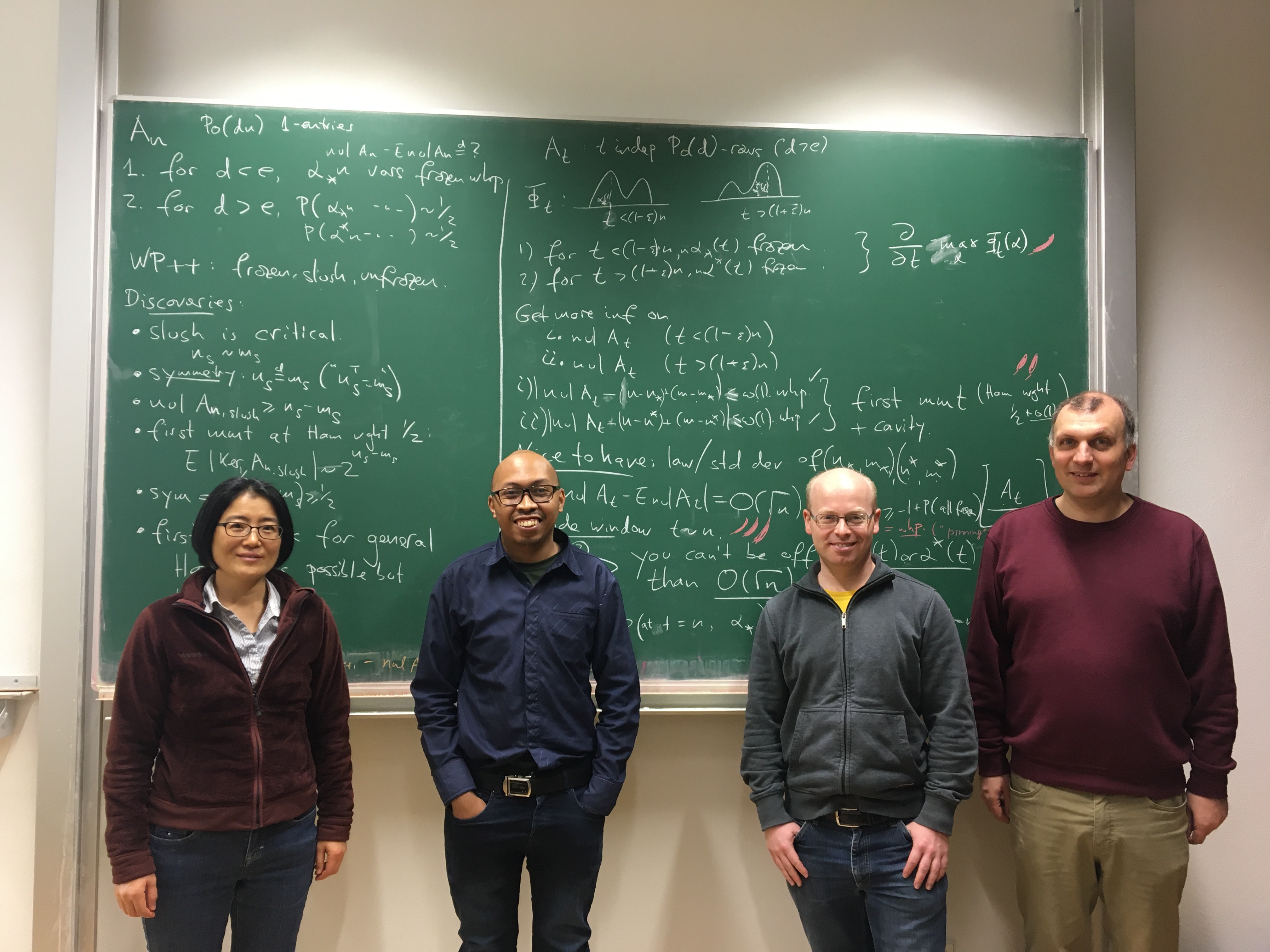