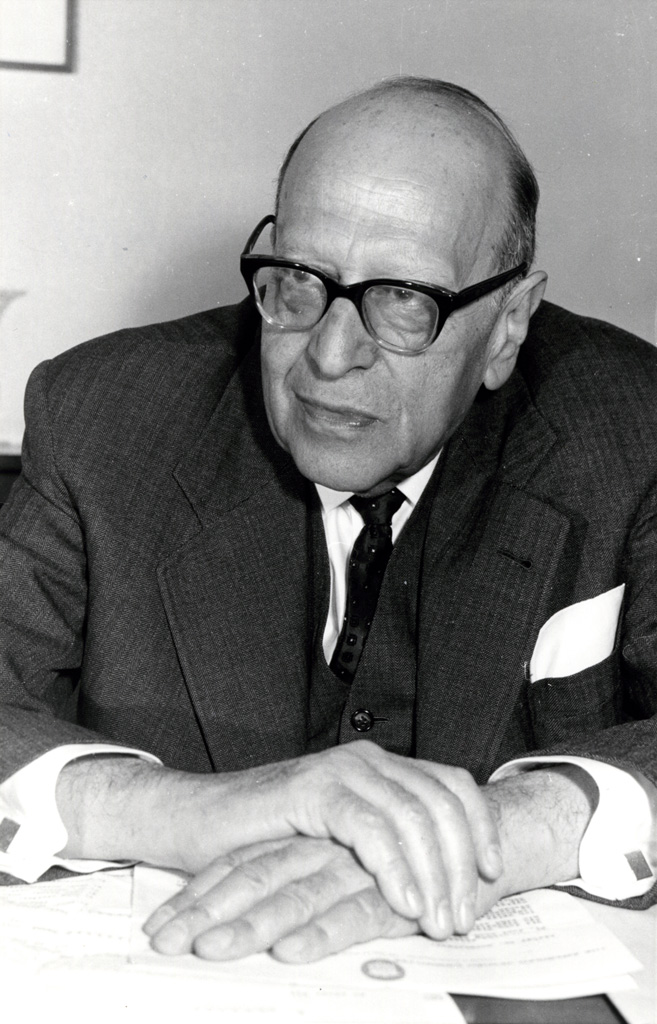 When after the First World War Max Horkheimer expressed a desire to go to university, his father acquiesced. Together with his friend Friedrich Pollock, Horkheimer matriculated at Frankfurt University at the age of 24. He progressed swiftly in his university career and was appointed Private Lecturer in Philosophy. Yet a professorship seemed out of his reach. His opportunity came when a new head of the Institute for Social Research—endowed by Hermann Weil and his son Felix—was needed. Horkheimer and Pollock were friends and academic advisors of Felix Weil, who was some years younger than they. Weil campaigned successfully for Horkheimer to be appointed director of the institute and Professor of Social Philosophy at the university. The institute’s new programme was to develop a “critical social theory” based on Marx and Freud, German Idealism, and the French Enlightenment.

The National-Socialist seizure of power forced Horkheimer and his colleagues to flee into exile in the USA, where they were able to successfully continue their work. Amongst other projects, in the mid-1940s they conducted a large-scale investigation of anti-Semitism and the dynamics of prejudice, and together with Theodor W. Adorno Horkheimer wrote the Dialectic of Enlightenment.

At the beginning of the 1950s, Horkheimer succeeded in bringing the institute and its most prominent members, Friedrich Pollock und Theodor W. Adorno, back to Frankfurt. In the early years of the Federal Republic, as University Rector from 1951 to 1953, as Professor of Philosophy and Sociology, and as a prominent speaker and debating partner backed by the moral authority of exile, Horkheimer saw the goal of education as fostering democracy and independent thinking. Yet in later life, after he had emigrated to Switzerland, Horkheimer became deeply sceptical of achieving this goal. Humanity, he believed, simply continues to pursue its goal of becoming the most cunning species on the planet.