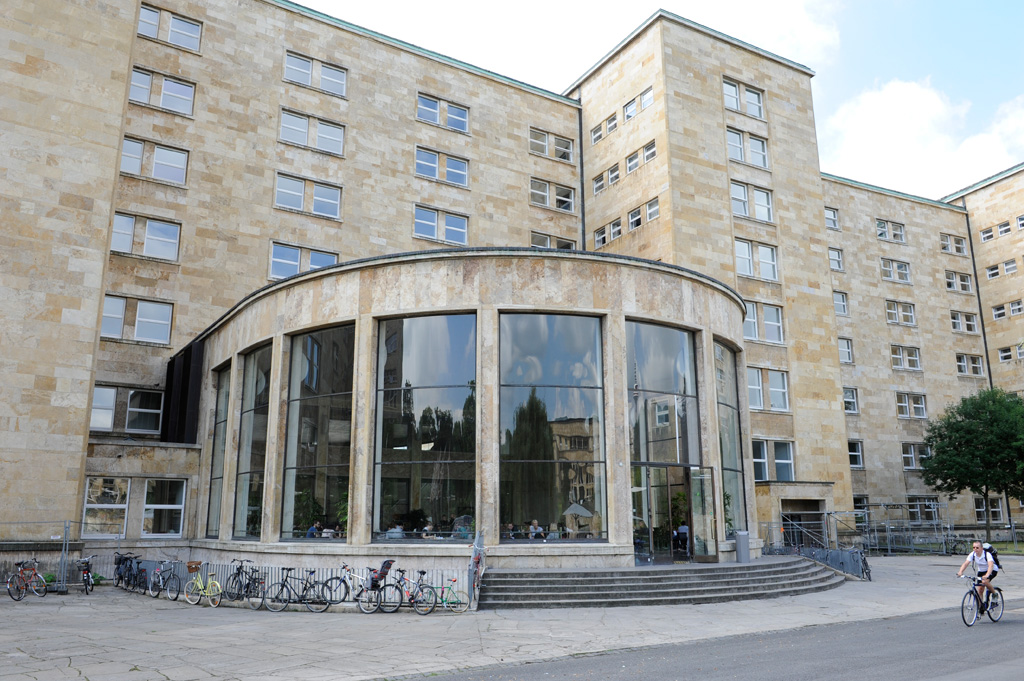 After the Second World War, when the building became headquarters of the US Military in Europe and later of the US Army V Corps, the rotunda was put to more profane use: it became a snack bar for officers and soldiers and was remodelled accordingly.[1] Only in the 1980s did the Commanding General, the later Secretary of State Colin Powell, order that the room, which had been renovated a number of times, be restored to its original state. The furnishings even featured Bauhaus-style seating. The foyer was also restructured, incorporating an open gallery that allowed a view into the rotunda—which continued to be used as a snack bar. The name “Eisenhower Rotunda” stems from Powell, who thus honoured the former Commander in Chief and later President of the United States, Dwight D. Eisenhower, the first general to reside in the IG Farben Building after the Second World War. The large conference room on the first floor is also named after him. A bust of the general was set up in the rotunda, which thus also functioned as a memorial room until the Americans left the building.[2]

Today the rotunda is a cafeteria, a place for tarrying awhile and also staging events.