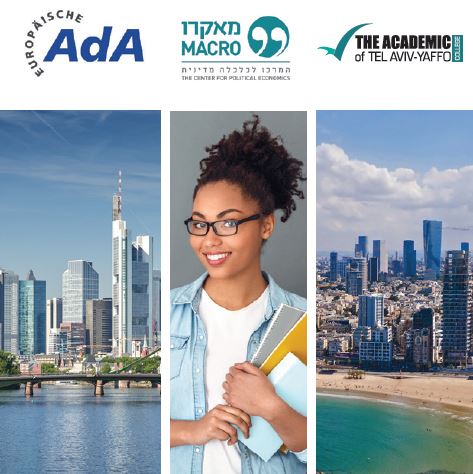 Since April 2019, the Europäische Akademie der Arbeit (EAdA) in the University of Frankfurt am Main in cooperation with the Macro Center of Political Economics (Macro) in Tel Aviv and the Academic College of Tel Aviv Yaffo (MTA) has been offering an additional course of study. The students of the International Certificate Program are taught comparative law, economics and industrial relations with an international focus for twelve months. 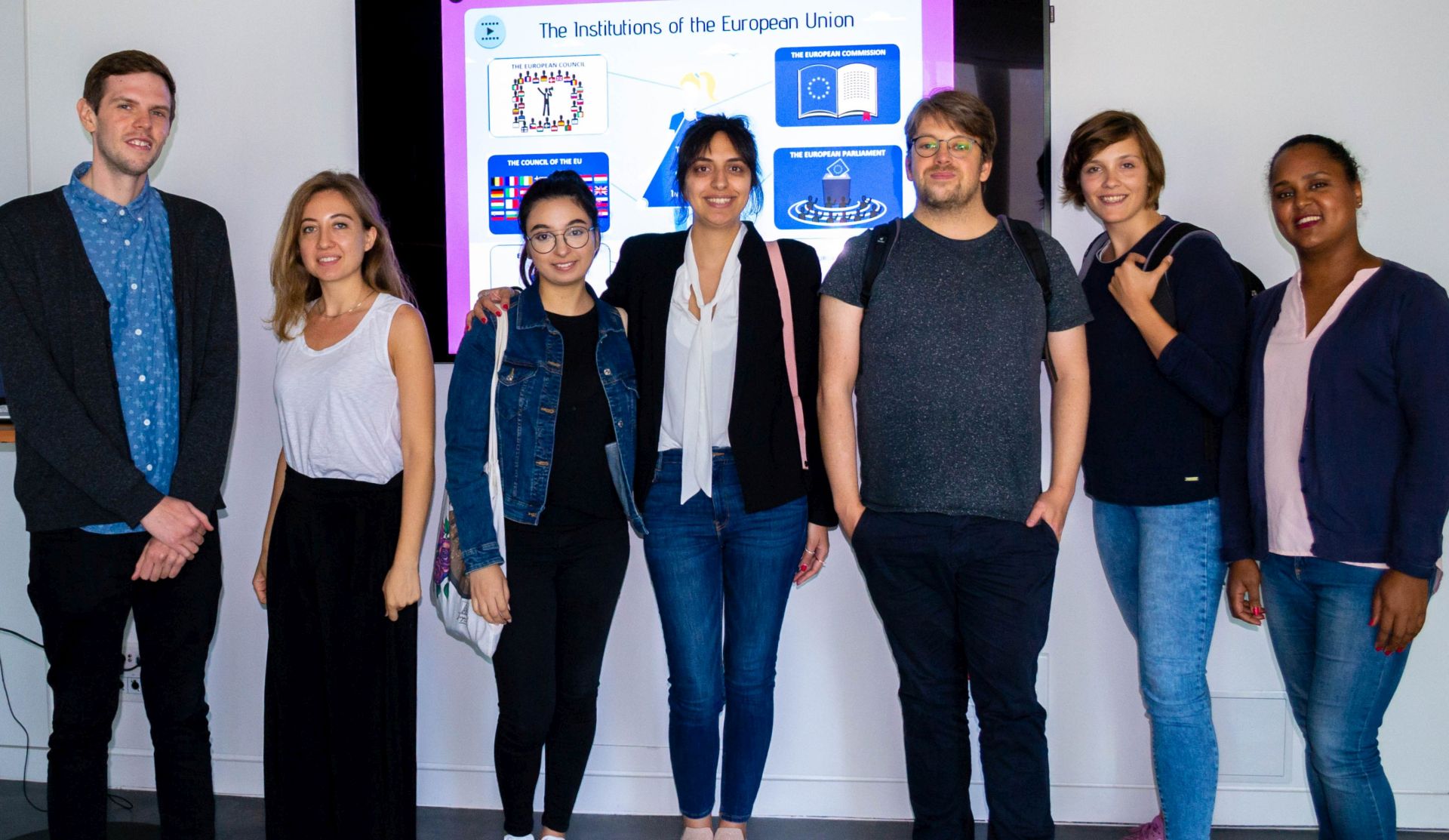 The European Institutions seem to be very complex, whereby many people often have difficulties in grasping their role and functions. For a better understanding of these institutions, our group, composed of this year's students of the German-Israeli study program and the organisers, Dr. Zeynep Nettekoven and Max Rudel visited Strasbourg on the 29th of July. At Europe Direct, a European wide network initiated by the European Commission to inform about the Union, we participated in a discussion with Francis Gutman, a former Head of Unit for Events and Exhibitions at the European Parliament. Before elaborating on the specific tasks and functions of the European Union's different core bodies and their relations to one another, Mr. Gutman stressed  the founding motives of the Union, dating back to the post-World War II era. Further he explained to us the triangle of the legislative and executive processes among the European Council, the European Commission and the European Parliament. The tasks and functions of the European Court of Human Rights which is headquartered in Strasbourg was also an important part of his speech. A discussion on the question of how the European Union affects our everyday life, for example traveling without border controls or using a common currency followed his speech.

Our second stop was the European Parliament. We had the opportunity to watch a 360-degree video of the Union and visited the plenary. Before our departure we took advantage of the spare time for a walk through the historic city centre of Strasbourg. 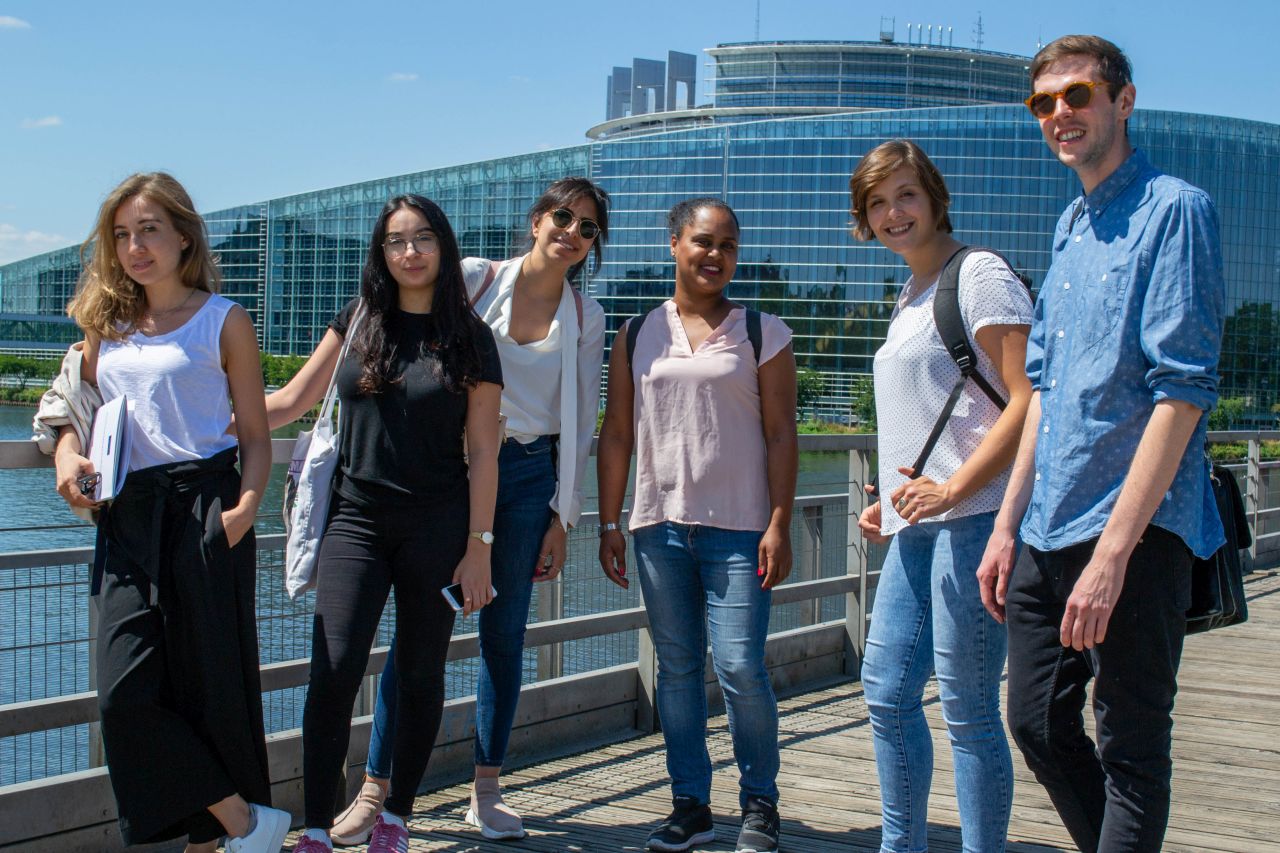 The excursion visit of the 1. Year of the German-Israeli International Certificate Program to Berlin took place between 15th and 19th July, 2019. The goal of the visit was enhancing the students’ understanding of the strategies and everyday work of trade unions as well as the policy and legislative responses of policy makers to the most demanding labour and social issues in Germany. During the five-day excursion in the hub of German politics, we had the opportunity to meet the representatives of the leading trade unions and employees’ associations in Germany and discuss on the mostly debated current issues in the German labour market and social security system, such as precarious jobs, digitalization, platform economy and pension system. We met politicians and political party consultants during our visit, whereby they explained to us the most recent legislations and regulations in regards to the labour market and migration politics in Germany. The excursion visit enabled the students to combine the classroom subjects with the practical side of policy making, while allowing them to raise further questions for improving the labour market conditions in Germany. 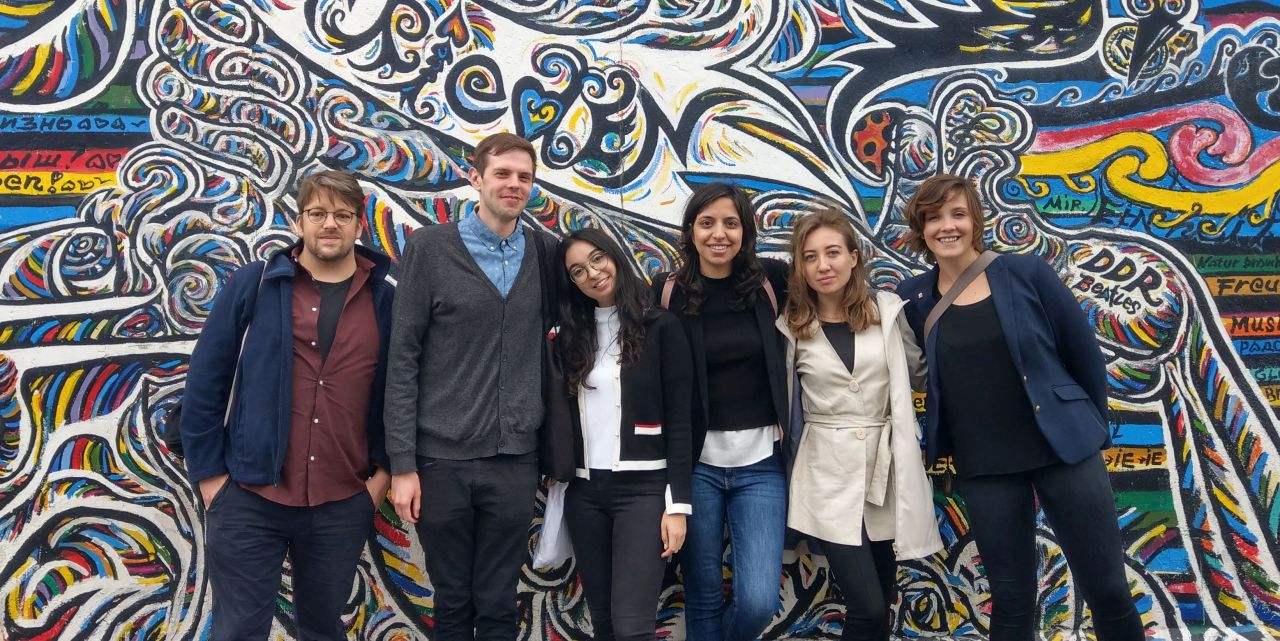 Visit of the John Deere plant

The second company tour of the first German-Israeli study course took place on 22 July in Mannheim. The students visited the largest John Deere factory outside the USA. Compact to medium-sized tractors are built at the Mannheim tractor factory. The plant also houses the transmission production facility, where components are machined. Mr. Thorsten Jann, Chairman of the Works Council, explained that the site on which the John Deere factory is located has always connected the Mannheim-based company with tractors. Heinrich Lanz AG already built the Lanz Bulldog there. Today John Deere from Mannheim exports the tractors to over 100 countries worldwide. The central location of the plant poses a number of challenges. An expansion, for example, would have to be planned very precisely. Mr Jann described the close link between global agricultural production and the stability of the tractor market. In particular, he referred to the fluctuating milk price and explained why it is important for consumers to buy milk at a fair price for farmers. Farmers can only think about investment and modernisation if they have stable revenues. The works council is striving for equal working conditions for all employees. It would be desirable to employ as few temporary workers as possible, to organise more highly qualified and more female workers. After the discussion, the students were taken to the plant by Mr. Jann and Mr. Stefan Koop, works council representative, and were able to gain an exciting insight into tractor production. Special thanks go to the two hosts Mr. Jann and Mr. Koop for the informative company tour and the open exchange with the students of the international certificate study at the EAdA. 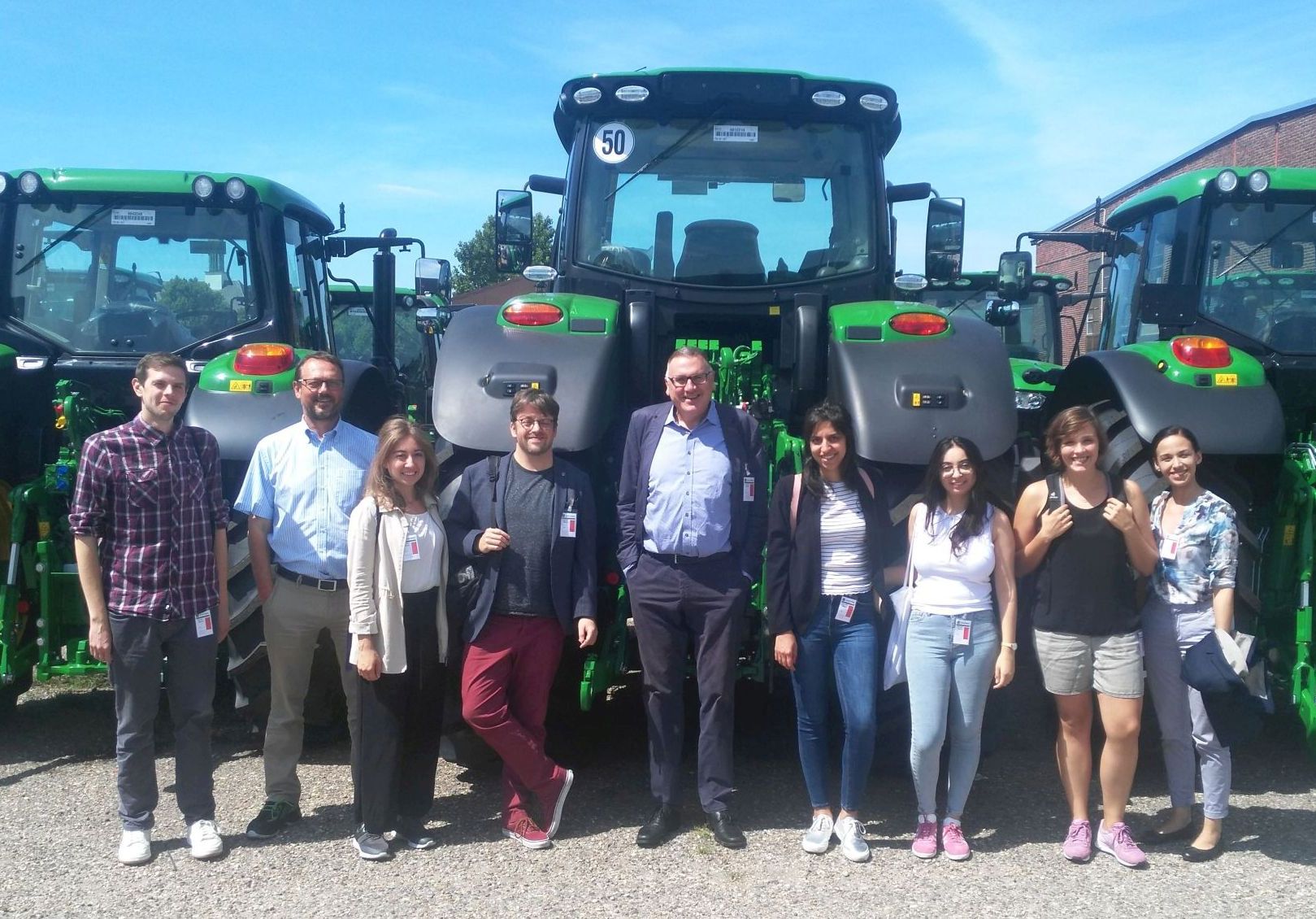 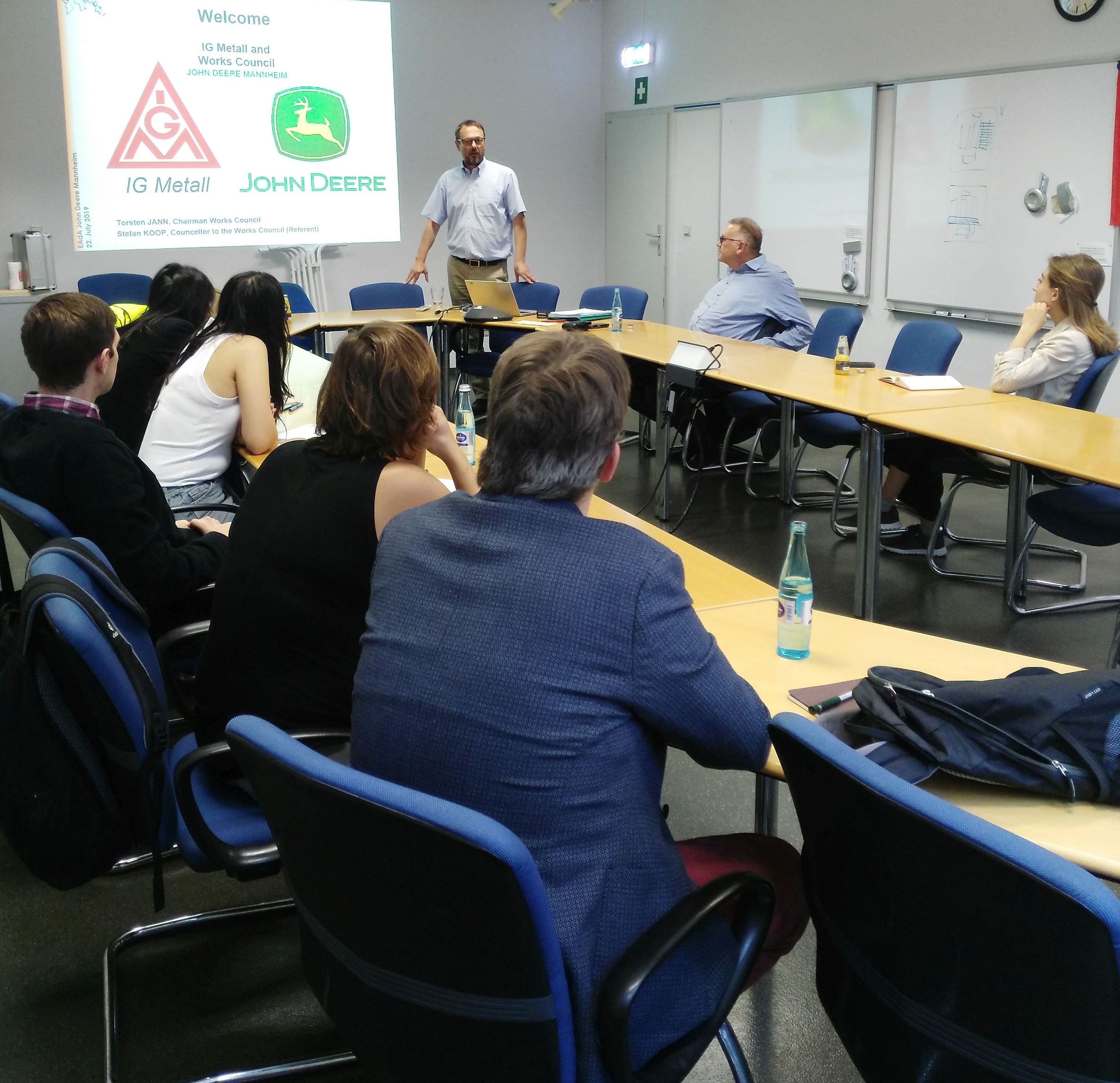 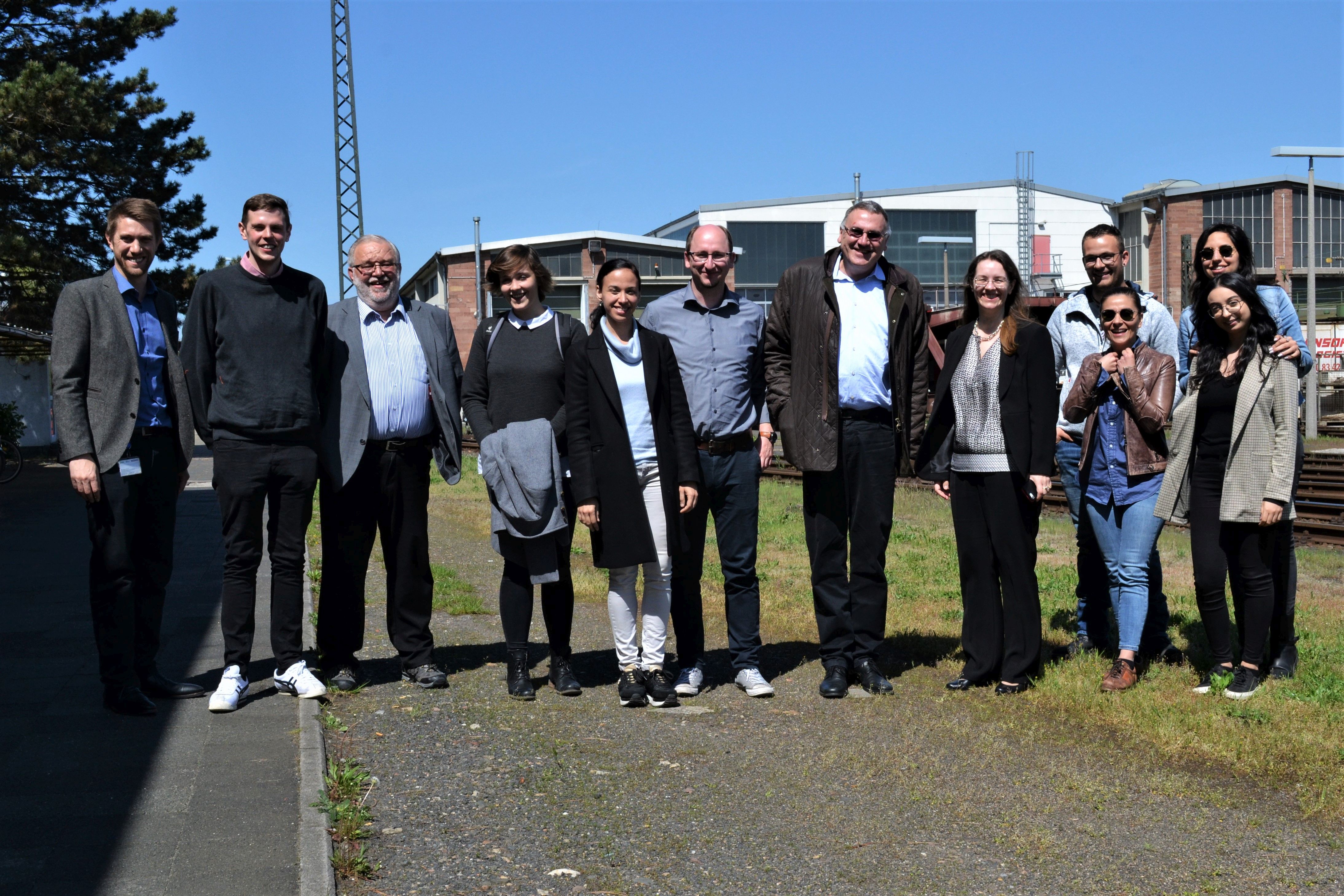 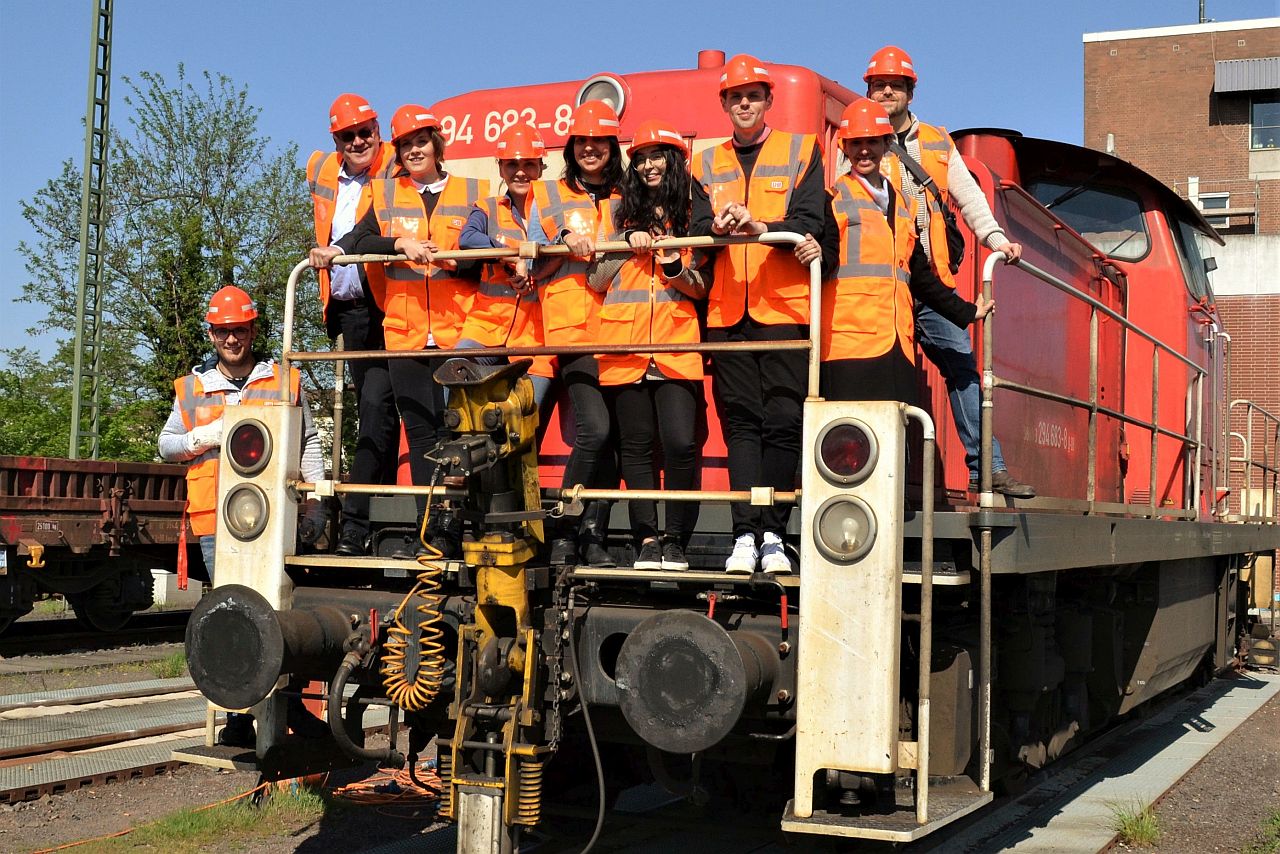 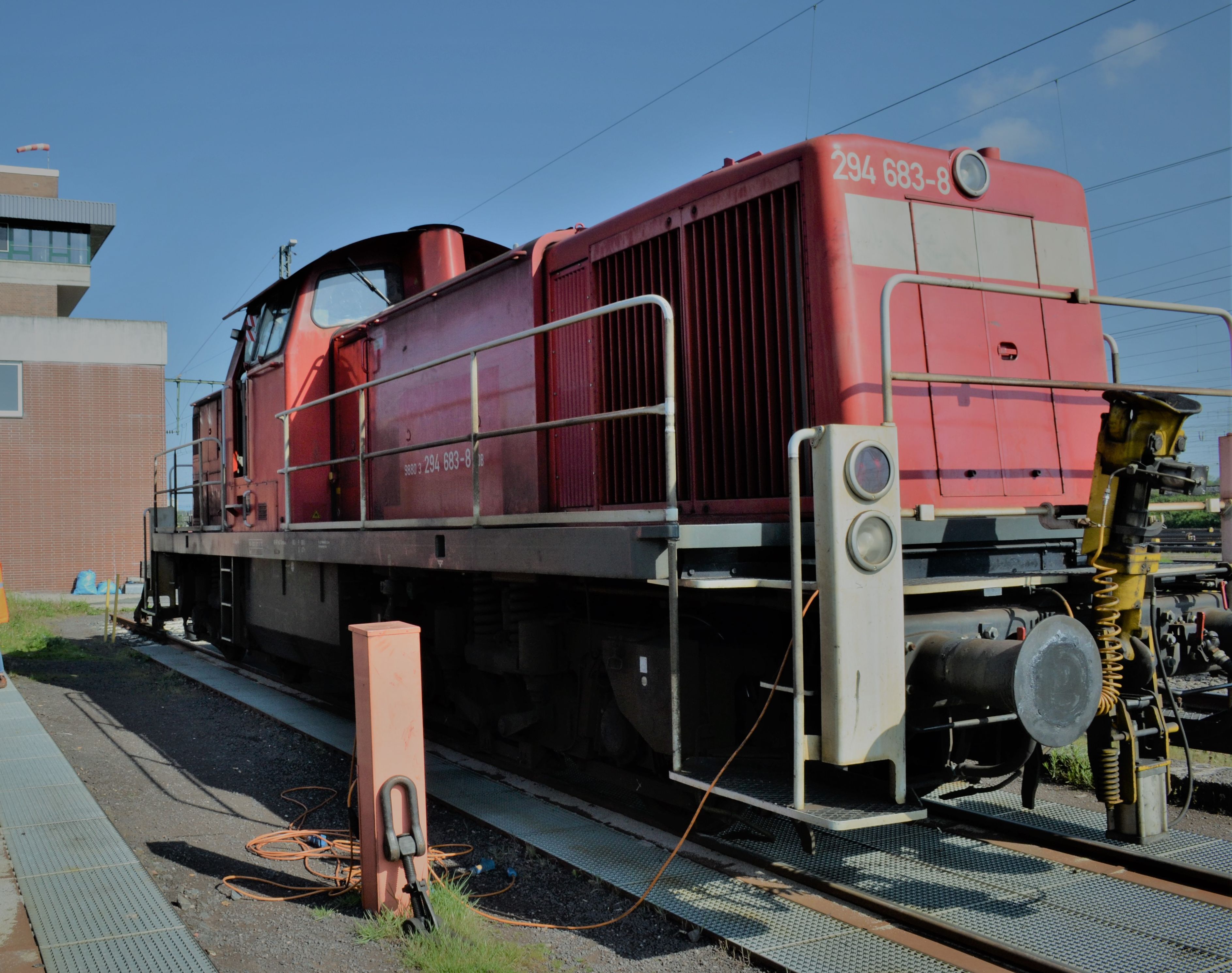 This week, the students of the 1st German-Israeli study course of the EAdA visited the train formation facility (ZBA) of DB Cargo AG in Mainz-Bischofsheim.
The works council and the youth and trainee representative at the location explained the company and its processes to them during a guided tour. Prof. Dr. Martin Allespach (Director and Head of EAdA), Dr. rer. pol. Bedia Sahin (full-time lecturer in economics) and the participants* in the study programme then spoke with Dr. Ursula Bienert (Member of the Management Board Personal DB Cargo AG).
She reported on past and current perspectives on the personnel policy of DB Cargo AG. Mr Jörg Hensel (Chairman EBR DB AG, Chairman GBR DB Cargo, AR DB AG) contrasted this with a report on his many years of experience as an employee representative. The students thus gained an insight into the structures and also the cooperation and controversies between Deutsche Bahn AG and the Rail and Transport Union.
We would like to thank Tobias Golla from the Rail and Transport Union, Halle office, for his support.

The students of the 83rd EAdA course welcome the participants of the 1st German-Israeli course in their midst. 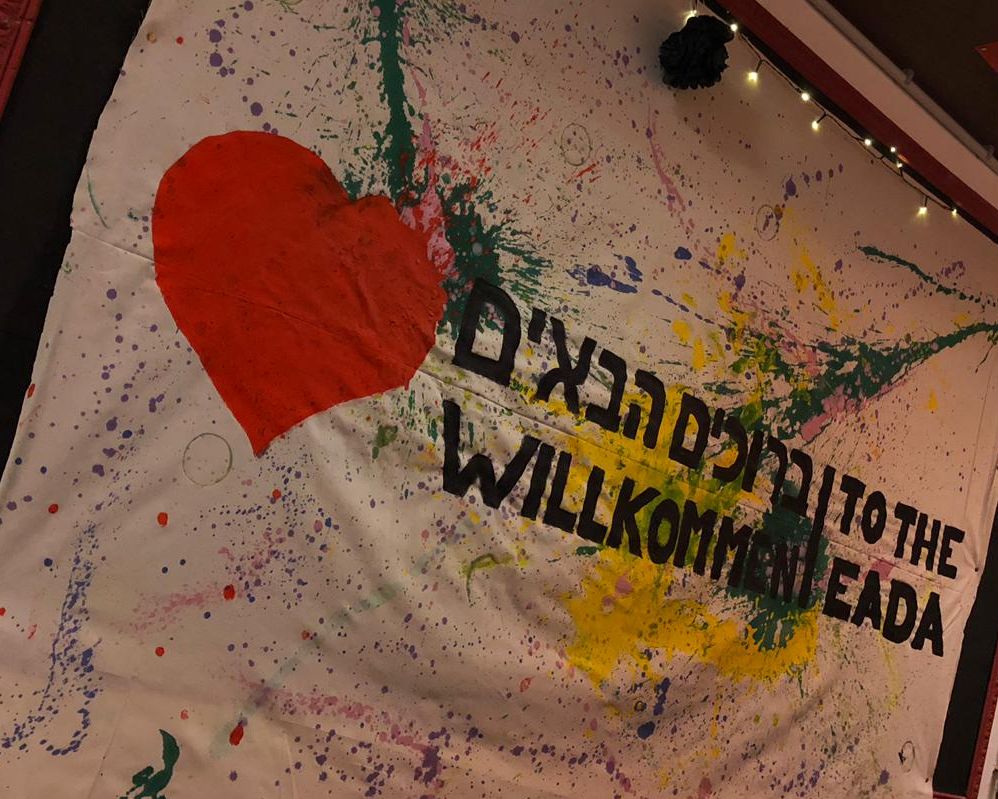 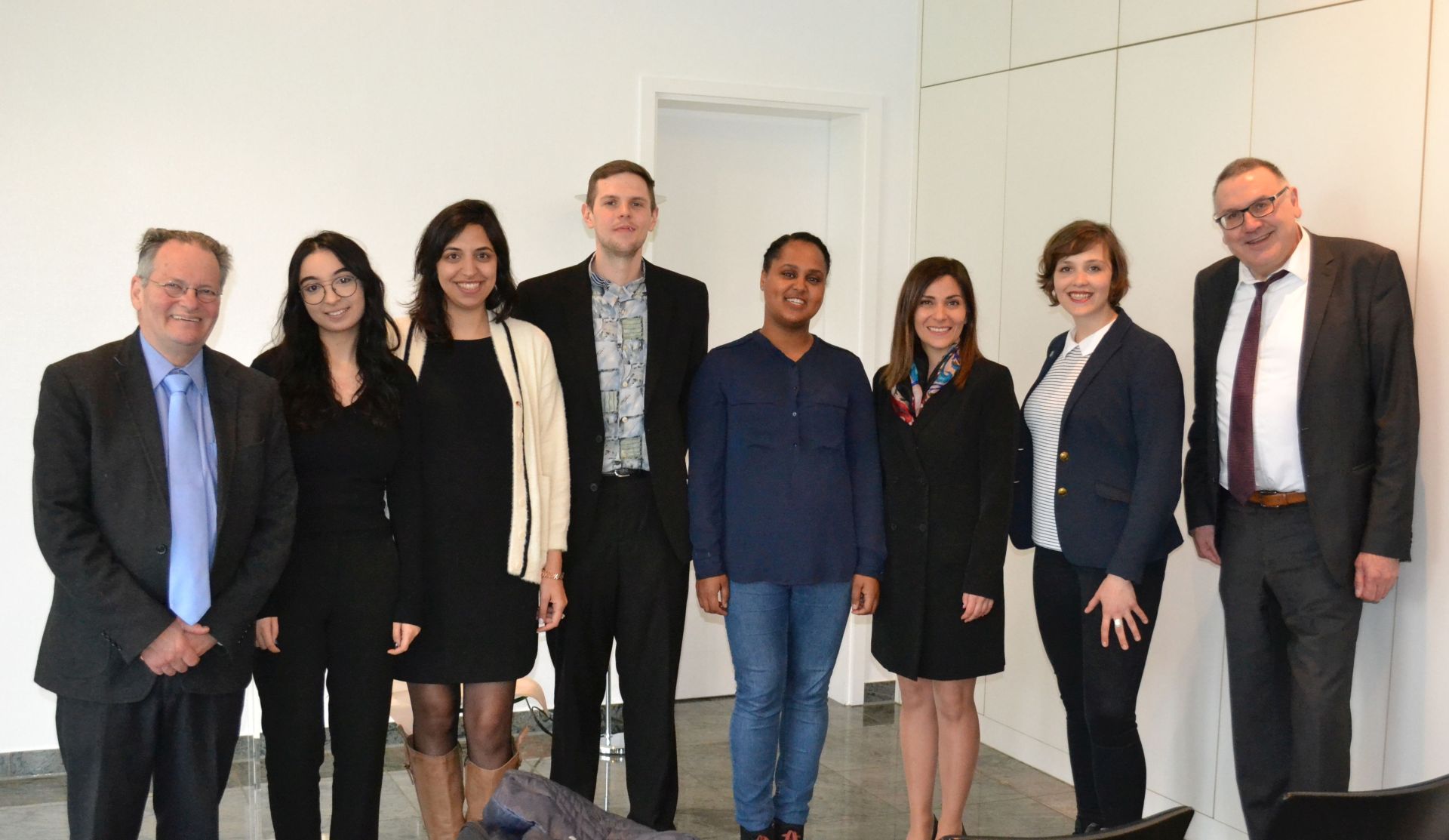 On April 04, the 1st German-Israeli Study Course was welcomed in the guest house of the Goethe University.
In addition to our director and director, Prof. Dr. Martin Allespach, greetings were also given by Dr. Silke Tönsjost, representative of the Hans Böckler Foundation, Department of Student Support, Dr. Roby Nathanson, director and director of the Macro Center Tel Aviv and Dr. Arijana Neumann, speaker of the mayor of Frankfurt am Main.

> The report of the opening ceremony can be found here