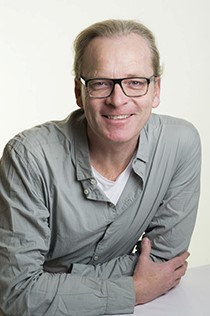 Based on his training as a descriptive linguist with an emphasis on Bantu languages (PhD thesis on Lucazi, an Angolan Bantu language), his research interests include the intersection of language and identity, the linguistics of migration and the perception of Africa in academic as well as public discourse. In addition to courses pertaining to African linguistics, he lectures on topics ranging from cognitive semantics and linguistic anthropology to critical African studies, postcolonialism and the representation of Africa in current media.

Regional expertise with regard to Africa is mainly on southern Africa (Namibia, South Africa and neighbouring countries) and the Portuguese-speaking African countries, but research and teaching extend to other parts of Africa – most recently Morocco, Kenya and Ethiopia.

Recent publications include Doing Conceptual History in Africa (2016, with co-editor Rhiannon Stephens), as well as a book chapter ‘Colonial legacies and linguistic repertoires in European Amazigh’ (2018, in a volume edited by Yolanda Aixelà). Works with a primary focus on topics in African linguistics are the volume Linguistic Diversity Research among Speakers of IsiNdebele and Sindebele in South Africa (2019, co-edited with Lotta Aunio), as well as papers and chapters including ‘Phasal Polarity in Amazigh’ (in a volume edited by Raija Kramer 2019), ‘Language and Cognition’ in African Languages (to appear in Oxford Handbook of African Languages, ed. by Rainer Vossen and Gerrit Dimmendaal) and ‘Semantics and Pragmatics’ (to appear in the The Oxford Guide to the Bantu Languages, edited by Jochen Zeller, Nancy Kuly, Lutz Marten and Ellen Hurst).

Minority studies – Language and Identity. LOEWE Schwerpunkt 2020-2023. Project C1.2 on Berber speakers in the Rhine-Main region: migration, minority status and masculinity. Funded by the Ministry for Higher Education, Research and the Arts of the State of Hesse.

Apart from his participation in networks like the Centre for Interdisciplinary Research on Africa (ZIAF), “Afrikaforschung Rhein-Main” and a special interest group concerning under-resourced discipline (“Kleine Fächer”) at Goethe University, he has launched a school outreach project (“Afrika macht Schule”) with a committed team of colleagues at the Goethe University Frankfurt.