By applying spatially-resolved isotope and elemental analysis to various archives, we reconstruct the palaeoenvironment at the highest time resolution, from daily to seasonal or annual (see Müller & Fietzke, 2016 for an overview article). Owing to the strongly seasonal climate on Earth, one overarching hypothesis is that changes in seasonality may have contributed to both climate transitions or modified ecological behaviour, hence the necessity for sub-annual time resolution.

A common feature of our research over the years has been the close interplay between applications and the methodological developments necessary to achieve these goals. Good examples illustrating this interplay include 1) Our early work on dating deformation, where we constrained for the first time directly duration and rates of shear zone activity (Science 2000; Terra Nova 2016), 2) the development of in-situ Hf isotope analysis including non-radiogenic ratios applied to the oldest minerals formed on Earth, the Jack Hills zircons (Science 2005), 3) the development of the prototype RESOlution laser-ablation system with two-volume LA cell at Royal Holloway Univ. London in 2006-07 (JAAS 2009), 4) the development of the cryo-cell LA holder for elemental analysis of frozen ice cores at ~200 μm spatial resolution (JAAS 2011; The Cryosphere 2017) or recently 5) triple-quad ICP-QQQ coupled to LA for low-level sulphur in ice cores (2015 NERC grant). Overall, laser-ablation ICPMS (LA-ICPMS) and/or SIMS besides conventional microsampling/ drilling form the cornerstone of our versatile toolkit. In recognition of our LA work we were invited to host an international conference on Laser-Ablation, namely the 2014 European Workshop on Laser Ablation (EWLA2014) with ~170 participants (then at RHUL).

All this research is highly collaborative and benefits enormously from many existing international collaborations and we very much welcome new collaborations using the excellent facilities here in Frankfurt. 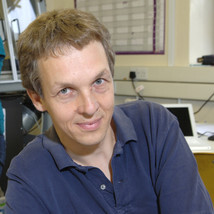