Assent, Belief, and Testimony in Kant and his Predecessors

Immanuel Kant is considered one of the chief figures in the history of non-evidentialism. As it is commonly understood, this view maintains that it is sometimes rationally permissible to hold a belief even though one lacks decisive evidence for its truth. Although Kant has always been regarded as a non-evidentialist of some sort, it is only recently that Kant scholars have analysed his epistemology of assent in detail, demonstrating its richness and contemporary relevance. Yet scholars have failed to consider the extent to which a part of this epistemology - Kant’s non-evidentialism - was influenced by views on non-epistemic justification which were defended by some of his predecessors and contemporaries. Therefore, the workshop will confront Kant's views with the debates concerning practical, non-epistemic grounds for belief in 18th-century Germany prior to Kant. These debates are interesting not only because they can open up new perspectives on Kant, but also because 18th-century German philosophers devised complex and original accounts of practical grounds for belief that are far richer in detail than other more famous proposals. Moreover, the workshop will shed light on an application of practical, non-epistemic grounds for belief that was not discussed by Kant, that is, the appeal to practical grounds for belief for cognitions that are based on testimonial evidence. The talks at the workshop will thus cover the following topics.

Workshop attendance is free for all. In order to attend please register with: koehler@em.uni-frankfurt.de. 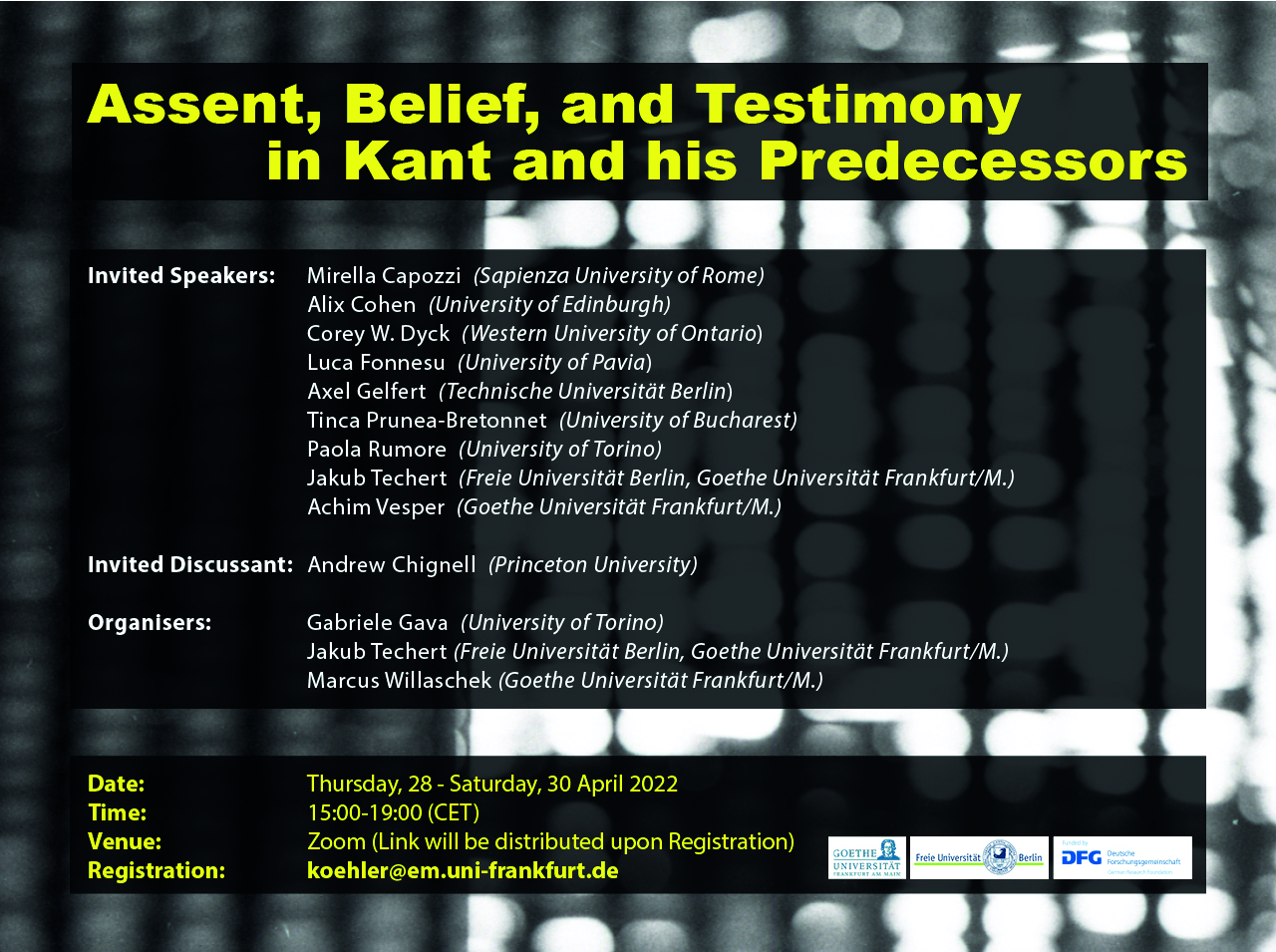